I can't get this excellent reasoning question by David Friedman out of my head: 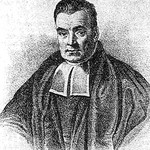 The two theories give different predictions for the next experiment. Which do we believe [more]? Why?

My intuition is that we should believe the first theory more. Making a successful and surprising prediction makes a theory more plausible. The second theory also makes a successful "prediction" of the second set of results but it is not surprising (since those results were already factored into that theory). So I think the second theory has greater risk of over-fitting.
But somehow I can't manage to formalize this reasoning.
Also, I find it strange that this apparently simple problem was not addressed in the books I read on probability theory.

There were a few different attempts on this thread, but none seems quite successful.
I see how other factors such as the skills of the scientists and the priors of both theories (Occam's Razor) could come into play.
But I hope that a formal analysis would isolate the "prediction vs explanation" factor.