I received a Particle Photon this week-end. It’s an amazing little device, and cheap too (19$ without the shield). It has a number of digital I/O ports and one analog, as well as built-in wi-fi (for deploying your code, receiving commands, publishing data/notifications and other TCP communications) and serial communication through USB.

My first project with the Photon paired with a Internet Button shield (11 LEDs, 4 buttons, an accelerometer and more) was a classic toy game, Simon. It was a natural fit and required no additional hardware or assembly, just software. And it’s still surprisingly fun to play.
The code is available for anyone to use in Particle’s web-based IDE (look for “Simon” in community libraries) and also on github. 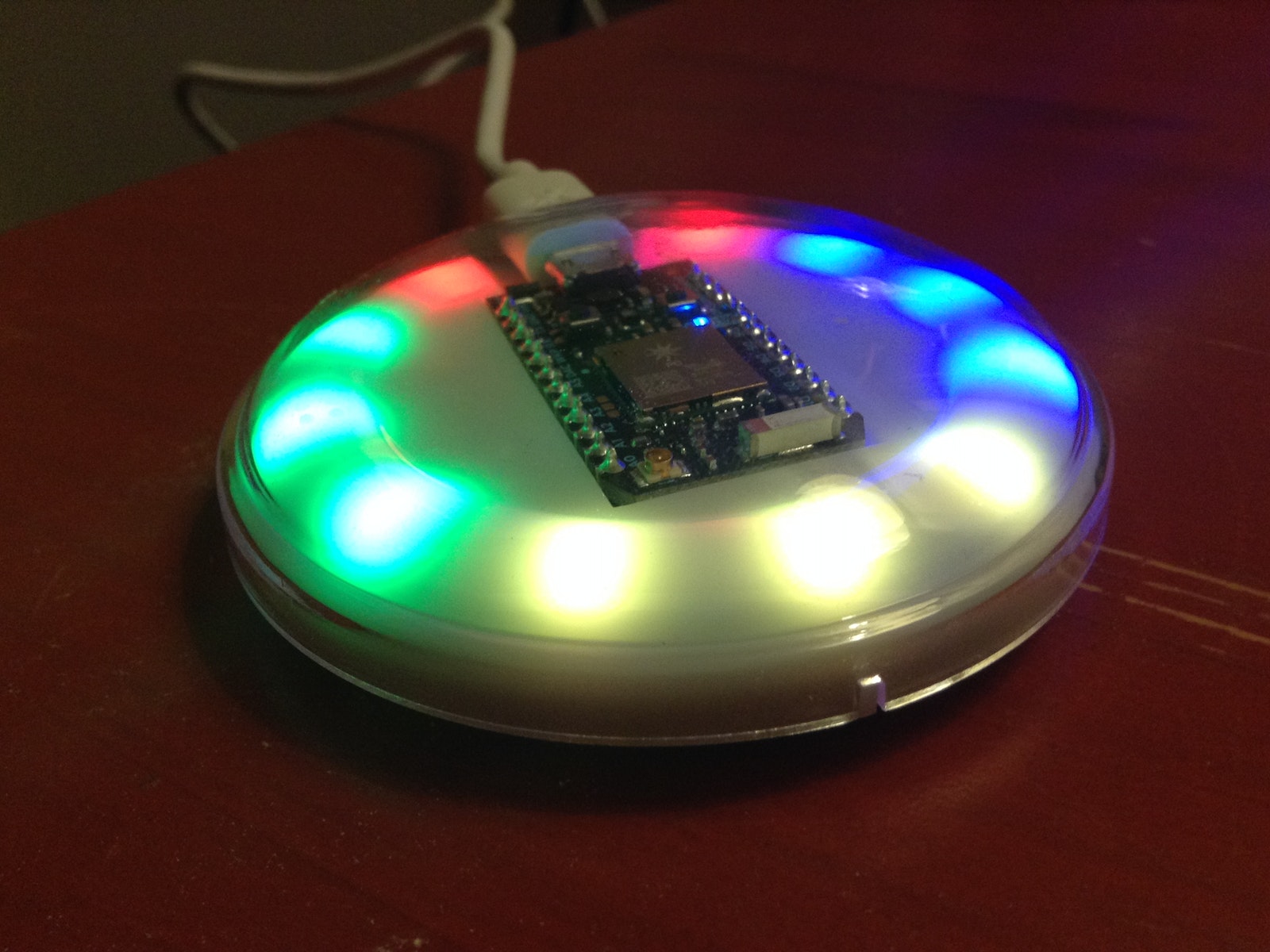 Beyond that, some ideas I have so far: building a self-balancing mini-Segway with servo motors, or using it as an USB extension for mobile devices (but the USB host capability is not yet built into the firmware), or driving an LCD display, or simply using it as an IR remote. I also noticed some cool existing Photon projects, such as a sous-vide cooker and a streaming internet microphone.